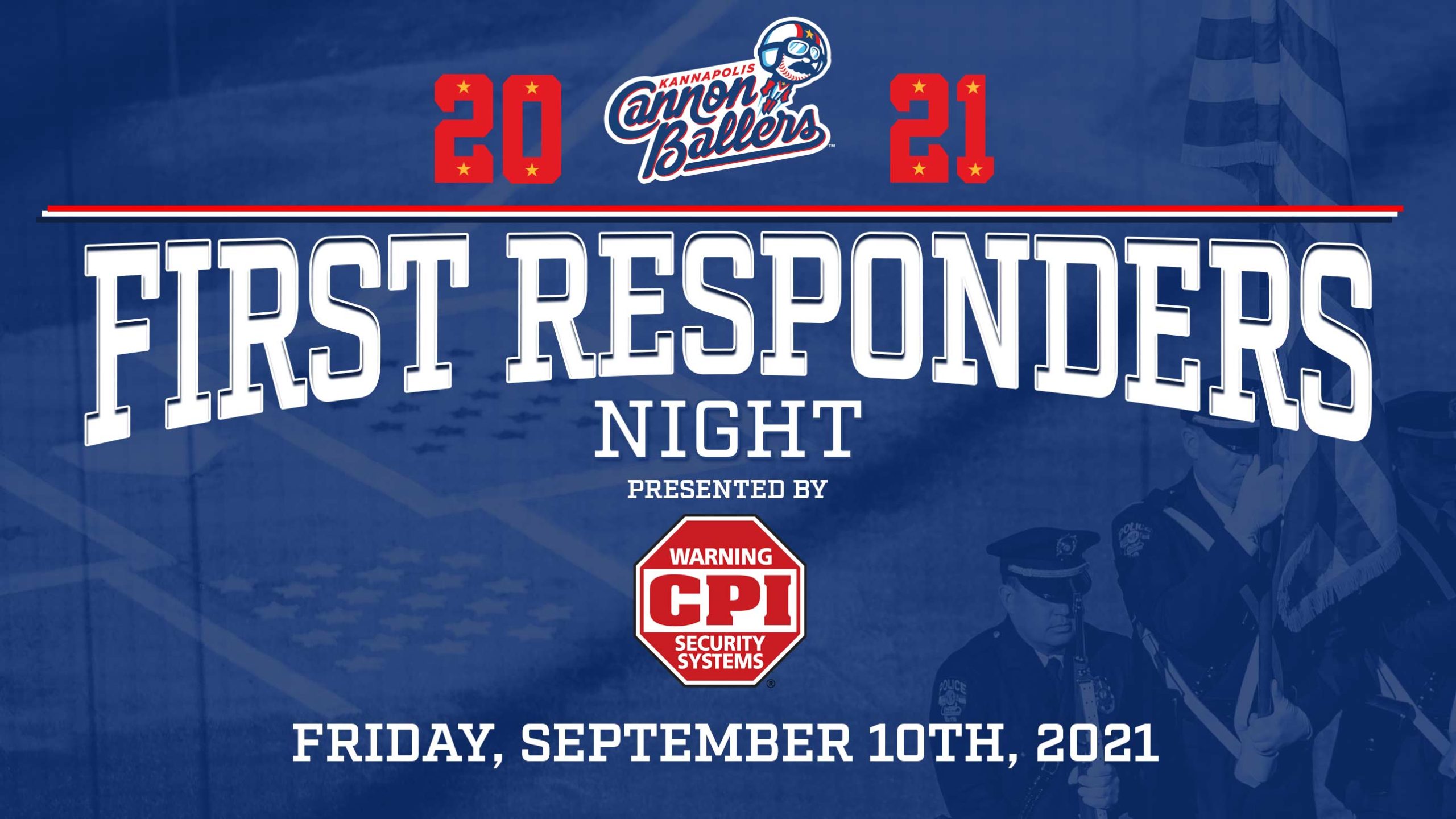 The Kannapolis Cannon Ballers take on the Fayetteville Woodpeckers at home one night before the 20th anniversary of the attacks on Sept. 11.

As thousands of people rushed out of the Twin Towers that fateful day 20 years ago, first responders rushed toward the destruction, despite the grave danger awaiting them. Of the 2,996 people who died in the attacks, 441 of them were first responders.

“Although the terrorist attacks bring back memories of pain and grief, I like to remember how it brought our country together,”  Founder and CEO of CPI Security Ken Gill said. “First responders were the light among the darkness that day. Their heroism helped save thousands from losing their lives.”

Due to the nature of the home security industry, CPI Security works closely with and has been a longtime supporter of police, firefighters, and medical workers.

“We at CPI Security are fortunate to work alongside people who are willing to make sacrifices to keep us safe. First responders deserve to be recognized, and we honor those who paid the ultimate sacrifice. Without them, where would our country be?”  Gill said.

To recognize the brave men and women who serve our communities, the Kannapolis Cannon Ballers are offering complimentary tickets to all first responders and their families for Friday night’s game.

Local heroes will be recognized during the game for their service, and there will be a special appearance by Sparky the Fire Dog! Please bring your friends and family to help us pay our respects to the first responders who keep our communities safe.

Gates open at Atrium Health Ballpark in Kannapolis, N.C. at 6 p.m. The first pitch is at 7 p.m.