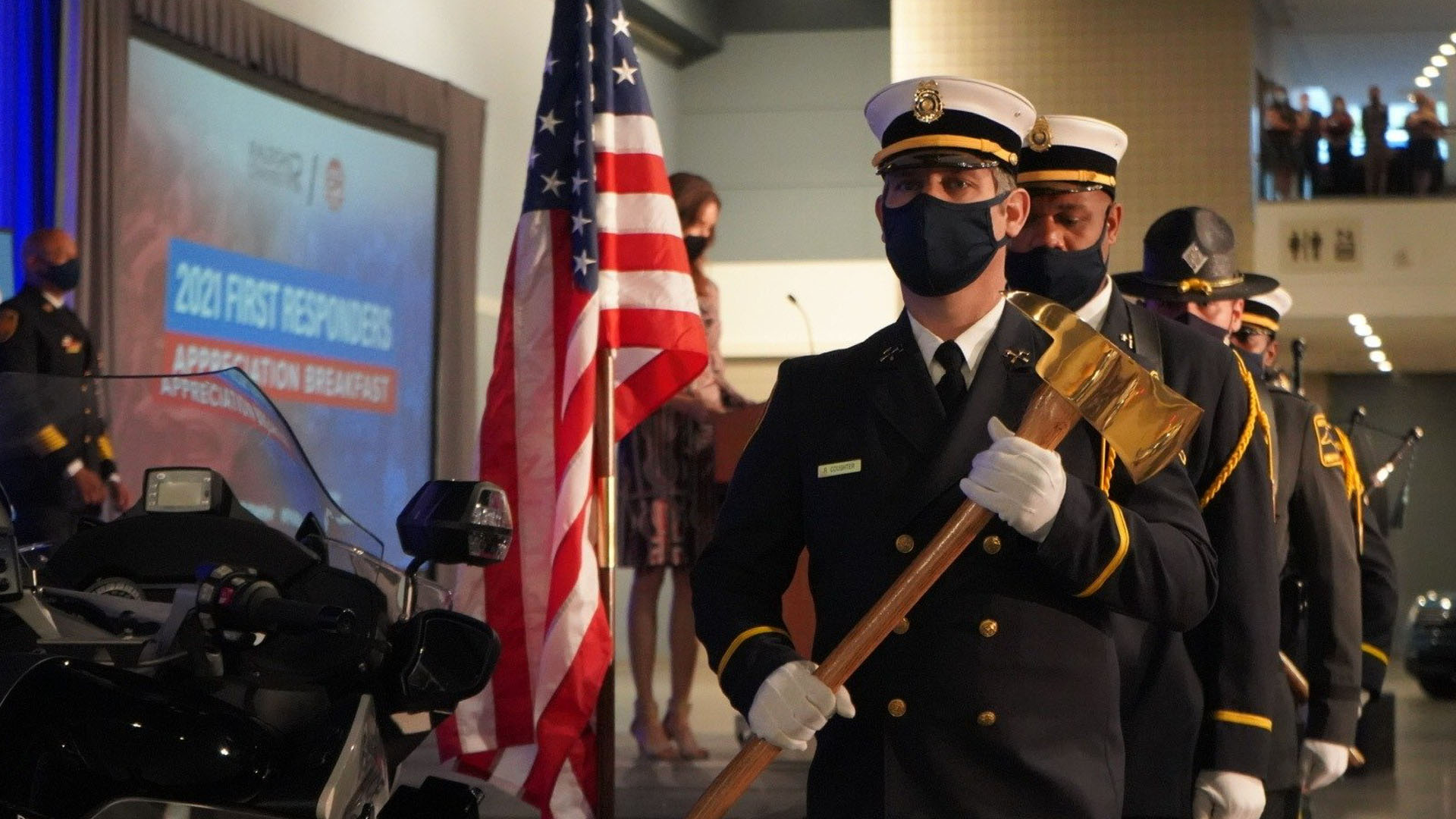 CPI Security and dozens of other people showed their support and appreciation to first responders in Wake County on Friday, Sept. 24.

CPI Security was the title sponsor of the annual First Responders Appreciation Breakfast in Raleigh last Friday. The breakfast is held at the Raleigh Convention & Performing Arts Center to thank first responders including law enforcement, firefighters, and medical personnel.

“There are people out there willing to lose everything, including their lives, to serve others,” Putney said. “There are two words I have to say to you for that, and they are simply: Thank You. Those two words you haven’t heard enough in the last 2 to 3 years. We realize that, but those two words, you earn every day.”

Twenty years after the attacks on 9/11, CPI Security honors the first responders who paid the ultimate sacrifice to protect our country. Their willingness to run toward danger on behalf of others is what sets first responders apart from others.

CPI Security recognizes and appreciates the bravery, dedication, and commitment first responders exemplify daily. We are proud to be the title sponsor of an event that publicly honors and gives thanks to the brave men and women who keep our communities safe.

The people who make up the following agencies were honored for their service:

A portion of the proceeds from the breakfast will benefit The 200 Club of Wake County, a nonprofit that provides financial assistance for the spouse and children of local first responders who have lost their lives in the line of duty.

Coastal Celebrations: Where You Can Find CPI Security This Spring

Spring is in full bloom, and the CPI Security events team...
CPI Security
×