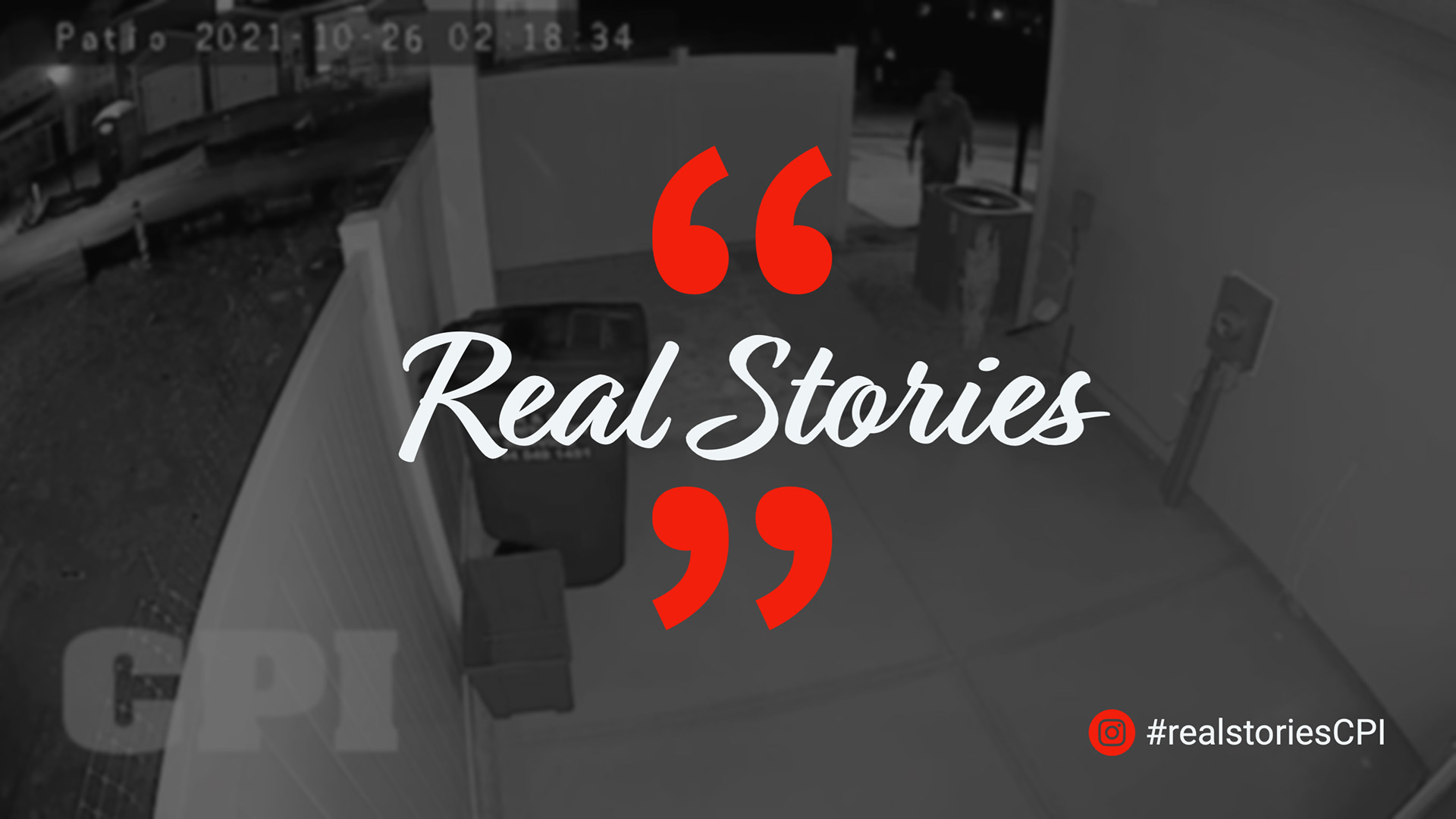 “I knew Perimeter Alert was going to take our security solutions to the next level. It’s rewarding to see how it deters crime, and I’m so glad our customer is safe.”

Alicia, a CPI customer, was sound asleep in her new home in the wee hours of the morning on Oct. 26. A man carrying a tool approached Alicia’s back patio, but before he got any further, Alicia’s outdoor camera lit up and made a loud sound to warn him he was being recorded. Clearly startled, the man turned around and quickly walked away.

Alicia didn’t wake up to see the commotion unfold, but she watched the video through her inTouchTM mobile app the next morning and was grateful her CPI Security System diverted him from coming any closer.

“I was just glad that the [noise] made him turn away and not keep going,” Alicia said.

It’s a perfect example of how Perimeter Alert can act as your home’s personal security guard. When CPI’s latest technology detects a person within the camera’s view, the AI-powered outdoor camera whistles or makes an alarm sound (user’s choice) and flashes a light to warn the person they’re being recorded.

Just nine days later, another man approached Alicia’s back door. This time, Alicia was awake and heard Perimeter Alert take action. She quickly pulled up the live feed through the inTouchTM app and watched as the camera, again, stopped the man from coming any closer. As he ran away, Alicia dialed 911.

“I definitely think the camera made a world of difference,” Alicia said. “If the camera didn’t warn them, they might have broken in.”

The holidays can be a wonderful time to celebrate with...
CPI Security
×